Did you know that human intelligence is likely a by-product of sexual selection? We don’t need that massive brain. That thing makes one wonder what sex is. What is satisfaction?

Women have their preferences when it comes to penis size. Larger is not necessarily better

Following Darwin’s publications about human behavior, Geoffrey Miller hypothesized that many human behaviors are not neatly tied to survival benefits. However, in the long term, traits such as a sense of humor, the ability to perform music, dance, and all kinds of creativity help humans distinguish potential partners.

It isn’t just the penis size that makes your partner happy in the long term, but even when it comes to sexual satisfaction penis size is not everything.

Seen all those ads about satisfying the woman? Well, it is not as simple as having a large dick, contrary to the ads. Having a big penis might help, as might having a big yacht or a big kind heart, yet it is not all about penis size. Whilst penis width and circumference will, according to studies, contribute to the pleasurable sensations for the woman, there is far more to do to satisfy her sexually. Part of sexual satisfaction is emotional closeness as evidence shows, but skill matters too.

To understand how penis size affects female sexual satisfaction we need to consider why people have sex, we need to understand the needs of women as well as their physiology.

Why do people have sex?

Rather than just being “fun” and “pleasurable” there are several reasons and motives, including reproduction which is covered in “Penis size and sexual selection”. Apart from these, there is everything from revenge and jealousy to duty and material gain. So it is not all about pleasure, in fact for many of these reasons actual sexual pleasure and satisfaction are not even relevant.

Building an emotional bond through sex or any other intimate activity is an important process, so gentlemen, don’t ignore the emotional side of sex.

However, since the most popular reason for having sex for both men and women are seeking pleasure, how does penis size fit into it? 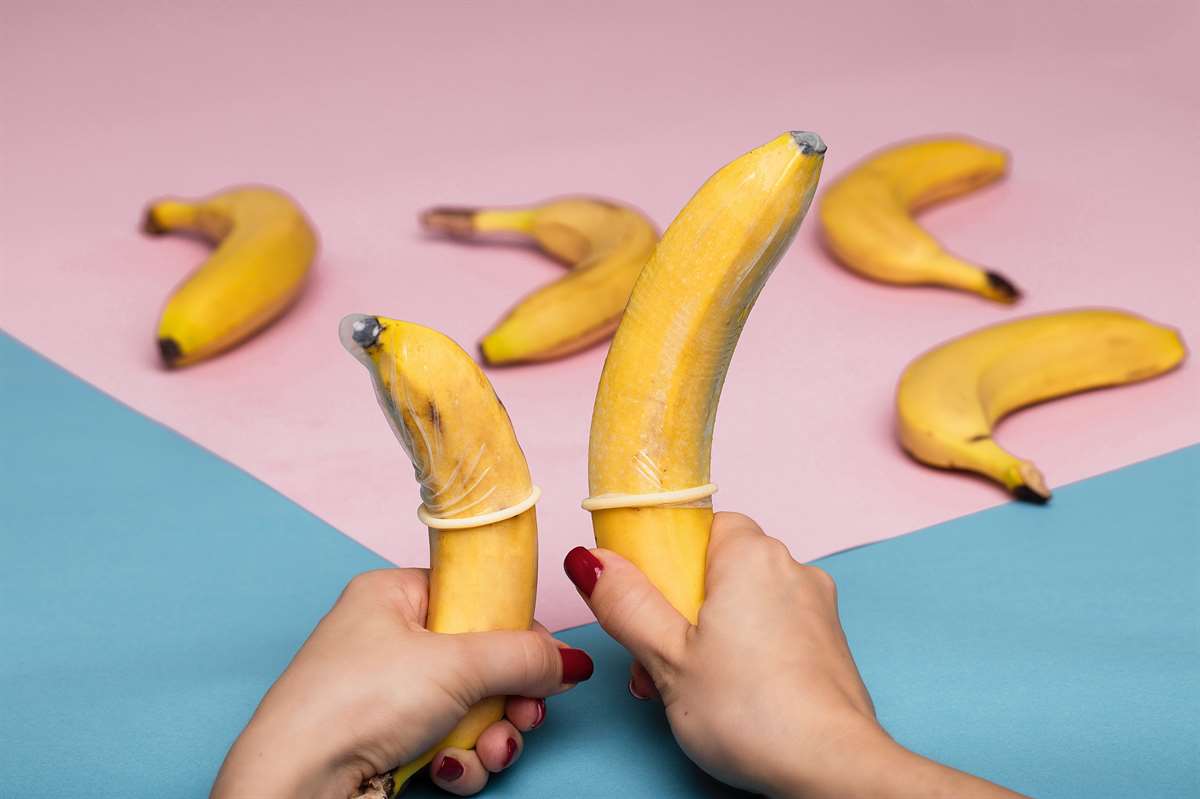 Is there a difference between genders?

85% of women are satisfied with their partner’s penis size

55% of men are satisfied with their penis size

Could women, perhaps, know more about their sexual satisfaction than men?

Lesbians can achieve orgasm 86% of the time compared to only 65% of heterosexual women when stimulated intimately.

Lesbians, the last time I heard do not even have a penis.

What do women think about penis sizes and what do they prefer in partners?

Women attended one session in the laboratory during which they completed questionnaires about their sexual history and selected among 3D erect penis models to indicate their size preferences for one-time or longer-term partners. This is what the study found:

So it is not straightforward.

The vagina is elastic, able to stretch and contract to wrap around the penis.

A woman’s vagina indeed responds by stretching or contracting to a penis insertion, this is also an evolutionary response, a way of increasing tension for the penis during intercourse, for the consequential release of the semen and trapping of the semen inside the vagina for the most likely conception.

A woman’s vagina indeed responds by stretching or contracting to a penis insertion, this is also an evolutionary response, a way of increasing tension for the penis during intercourse, for the consequential release of the semen and trapping of the semen inside the vagina for the most likely conception.

Since the vagina is elastic, it can accommodate a variety of penis sizes, although sometimes it will need extra preparation, its elasticity is there for a good reason because childbirth will require it to stretch immensely from the 3 inches (7.6 cm) that are the length of the vagina when unaroused.

Then there are the Bartholin’s glands which provide lubrication when a woman is aroused and that will help members along. The whole vagina is a highly adapted organ for its diverse purposes of conceiving a child and serving as a birth canal as well as a channel for sexual pleasure.

Vagina has a very unique ecosystem and a very delicate microflora, so it is important to treat it as such, applying appropriate hygienic standards by washing things that go inside of it and also treating it respectfully and gently in order not to cause any ruptures and cuts. So, do not forget about hygiene.

Most of the nerve endings that provide pleasurable sensations during sexual intercourse are located closer to the entrance of a woman’s vagina. This is partly thought to be necessary to make childbirth much less painful.

Most women can only feel the first few centimeters of a penis closest to the opening of the vagina during intercourse for physiological reasons.

Regardless of how much you stretch the vagina, the number of nerve endings will stay the same, for this reason alone the size of the penis may not be important for a vagina that wraps around it. However, the ability to reach more of the nerve endings through specific positions or width alone may play a part in female sexual satisfaction.

Specific sexual positions or widths of the penis may stimulate more nerve endings in the vagina.

Only 25% of women can achieve orgasms through vaginal stimulation regularly.

Only 34% of women can reach orgasm through vaginal sex alone

During an orgasm both males and females experience a series of contractions of pelvic muscles and sometimes the entire body, this is intensely pleasurable, but 15% of women are believed to be unable to experience orgasm whether through physiological or psychological reasons (or perhaps due to a lack of skill/effort of the other party) although it is also believed that genetics are to blame.

Therefore it is safe to suggest that for up to 80% of women any size of the penis can provide great pleasure.

The key comes from not the penis but the entire sex including direct clitoral stimulation by using fingers, lips, tongue, and sex toys if the goal is to reach orgasm.

If a woman enjoys having her cervix stimulated during sexual intercourse, then size can matter, or length to be more precise. For most women, it is going to take good five or six inches in length to reach the cervix when a woman is sexually aroused. But it is unlikely to lead to an orgasm. 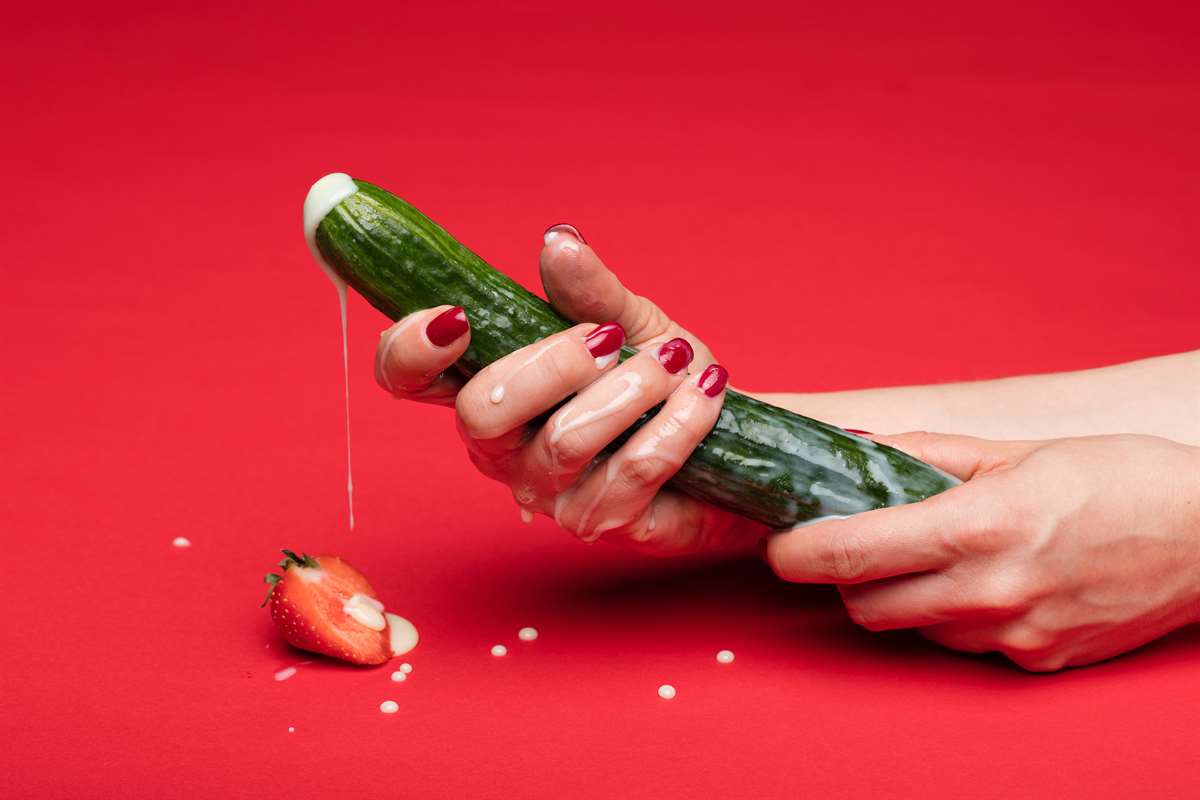 Penis length is important to women who enjoy cervical stimulation.

Studies have recently shown that if there is a characteristic that matters it’s the width or the girth, which allows more traction and therefore increases pleasurable sensation.

Good news everyone, as women can contract their vaginas for themselves, and even after giving childbirth, certain exercises could make the vagina tight for any penis. It is called wombuilding, or vaginal exercises and it is a technique for developing vaginal muscles.

As to girth, the strength of the erection would also be a factor, it would be less preferable to be having sex with a male with a large soft penis than a smaller hard one. So the hardness of the erection (which is often a product of a combination of healthy lifestyle choices) is more important than size alone.

Larger penis girth is desirable to achieve maximum reach for stimulation of the nerve endings, but erection hardness is even more important as an effective way to stimulate the nerve endings with extra friction.

Women may enjoy psychologically a man with a large member, a masculine specimen, however, this typically wears off as a female vagina stretches to accommodate the larger member as well, so in reality, the male will be required to put more skill and practice into other things rather than relying on penetrative vaginal sex alone.

This is a warning for men of above-average penis size not to overestimate how much pleasure they are giving to a woman. A large penis alone is not enough.

The subject of sex is extremely personal and intimate, everyone has their preference, ranging from the position during sex to the physical characteristics of the partner.

Men for example may prefer larger breasts on a woman or athletic breasts, some women like muscular men, while others prefer skinny men, or dad bods, penis size also is a physical characteristic.

More important than the penis is the character and skill of a man attached to it.

According to recent studies, in terms of practical uses of penises for adventurous women, women prefer averagely-sized penises as they allow them to engage in a variety of sex and enjoy different sex positions, unlike smaller and larger penises. 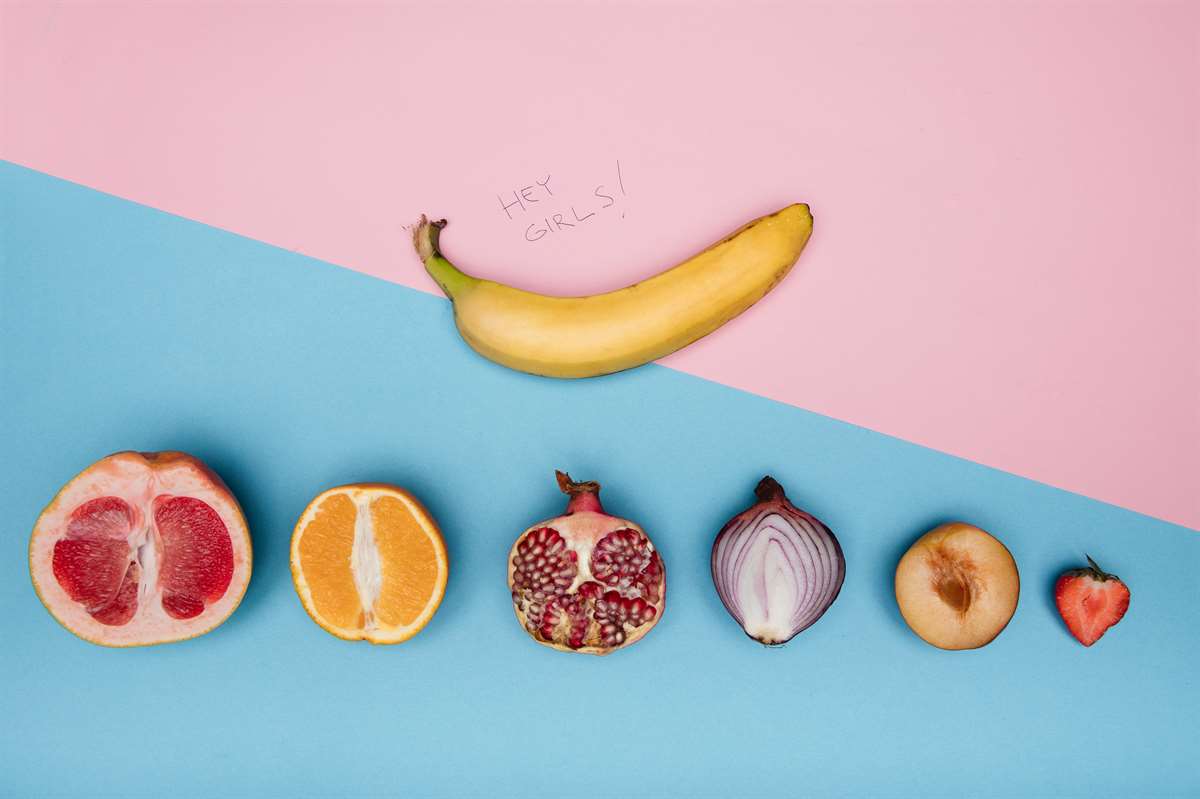 Adventurous women prefer averagely-sized penises – for the variation in sex positions and types of sex.

“What’s the point of owning a Hummer Limo if you can’t park it anywhere?”

According to online surveys, 40% of women get turned on by giving oral sex and about 10% feel it is gross, and another 5% think it makes them feel bad about themselves. Also, 7.5% think it would be okay if he’d wash. That’s a good suggestion, folks!

Women who enjoy performing oral sex may want a male with an average penis, for the sake of the male’s safety and practicality. A large member may be unable to fit safely and painlessly.

There could be more to sex than penis size.  Are you sure you’re doing it right?

A man’s penis size is more of a psychological factor in sex since the physiological size of cock is of debated importance. Psychologically, a larger penis is correlated with masculinity and therefore with a desirable mate.

A man satisfied with the size of his penis would show more confidence in himself, perhaps being able to connect both emotionally and physically. Women do like confidence but they don’t like arrogance, so the size of the penis alone, regardless of how massive it is, is not enough for a woman to be fully satisfied, not to mention the need for variety and experimentation, let alone the emotional connectedness even in casual relationships.

Penis size could be considered important for sexual satisfaction but even then it is the grith that matters more than the length.

Also, don’t forget that intellect itself is a by-product of sexual selection. A mind is a powerful tool, and although complex, being happy with one another, and being physically and emotionally attracted is of massive importance.  It is vitally important to remember that in terms of sex, penis size is not the only thing that matters in terms of women’s sexual satisfaction.

Penis size is not the only important characteristic of female sexual satisfaction. The skill of the male, attractiveness, and emotional bond is also important.

This is relevant to men with penises of all sizes, often women complain that even larger dicked men are terrible in bed because they fail to recognize the complexity of female sexuality, the overall sense of the beauty and majesty of her body, which requires more than in and out the action and it is important to recognize that skill is important and skill is entirely unrelated to the penis size.

There is a dick out there for everyone, the bottom line is, sadly, if you are the size-underprivileged male who is also lacking experience, skill, and sensuality you have a task ahead of you, which is to learn.

There is no one approach, but the key is learning and listening.

Sex is something not just physical, it is emotional even in the cases of strictly casual sex, it is such a complex subject that the books out there will not be able to cover all aspects of it, so the best advice would be to listen to your partner, learn how to make your partner feel more pleasure and to attempt to put it into practice.

Putting the dick into the pussy is not even half the job, regardless of size.